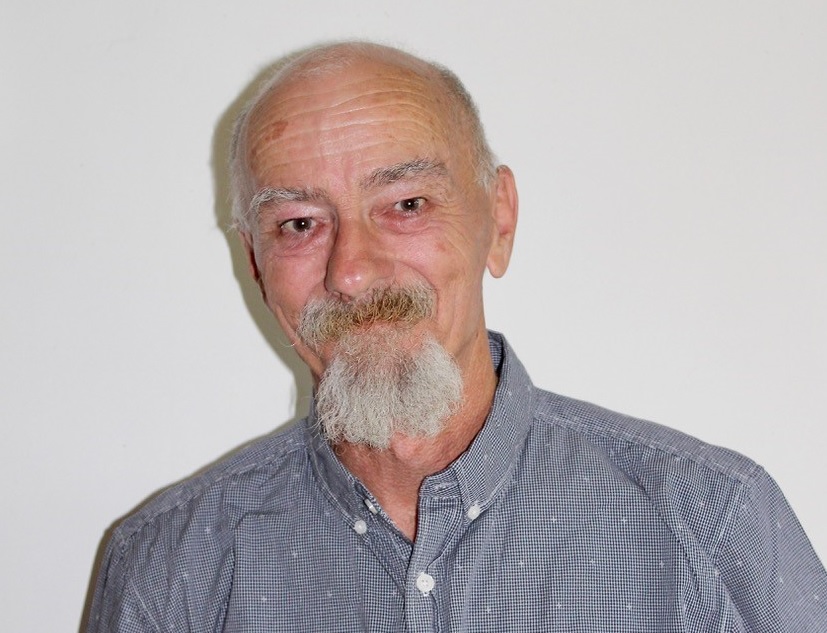 It all began when Neil was ten, and his grandfather, a furniture upholsterer, gave him a set of hand tools. This started Neil on a lifetime of discovering how to make stuff and the sense of achievement when you do it yourself.

His natural artistic bent developed further in his high school art class and, in his teens, inspired by a teacher whose work he admired, Neil began making bronze and copper jewellery.

Then his craft took second place to becoming a fitter and turner, marriage and family. His love of wood continued in the gathering and drying of fallen native timbers. 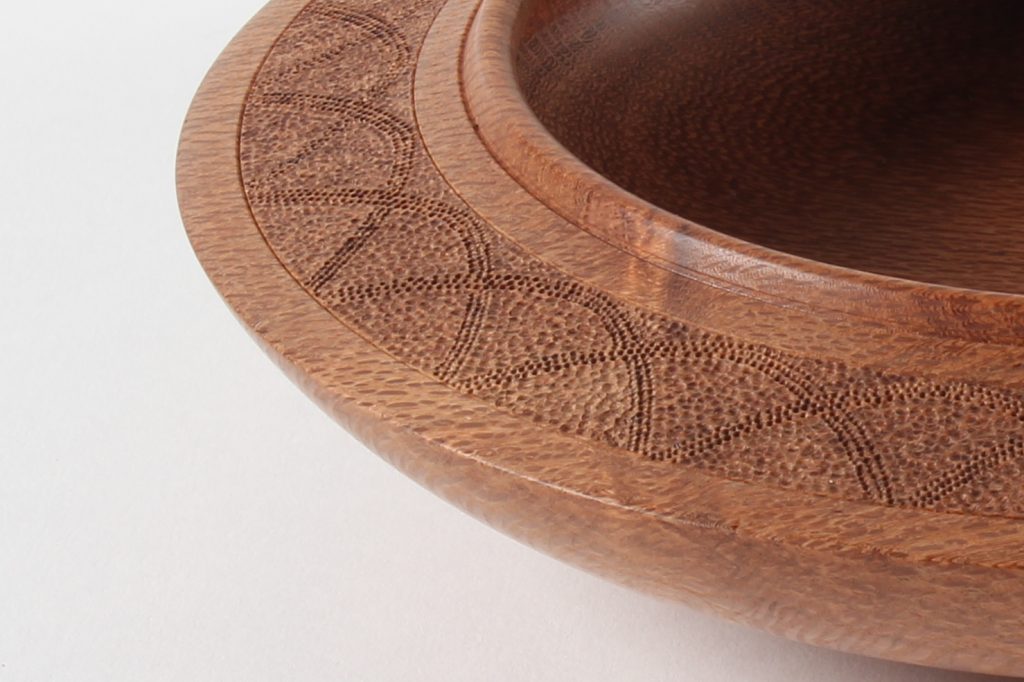 About thirty years ago, wanting finials for the home he was building, Neil cobbled together his first lathe. Another home-built lathe followed. However, it wasn’t until 2005 that Neil found the time and space to turn an interest into a passion. He’s now on his second store bought lathe – a Nova XP.

Neil’s earlier work used shape and form to showcase the natural colours and beautiful grains of the New Zealand native timbers he prefers. In the past few years, inspired by local and international wood artists, Neil began enhancing his pieces with pyrography, texturing tools, and colour. In his art, Neil is influenced by the Maori/Pacifica culture predominant in Tokoroa, the timber town he has lived in most of his adult life. There is also a Celtic twist to his banded texturing. Even when he lets the wood just speak for itself, he can’t help but put that little extra embellishment on the base or under a lid. Both a surprise for the buyer and an expression of himself. 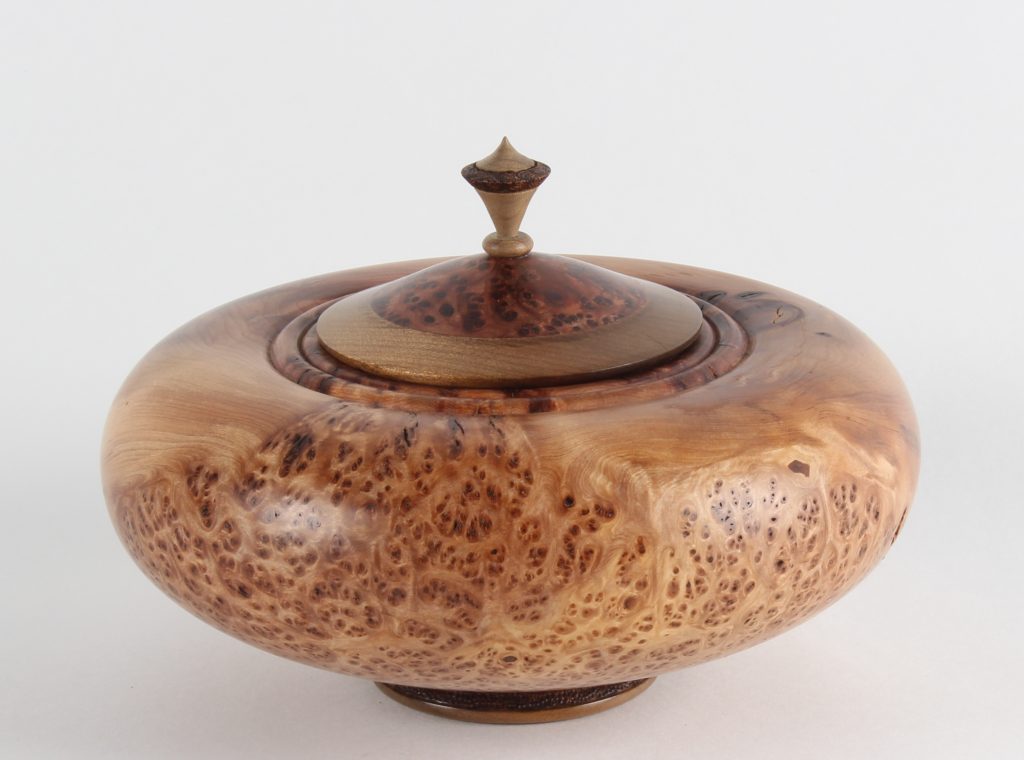 So much wood, so many ideas, so little time! This bloke from Tok feels he has only just started on what he can achieve. The thrills of uncovering a spectacular pattern in the grain, an unexpected colour, the surprise of spalted wood never get old. And seeing a piece pass into appreciative (and now paying) hands is an added joy. Neil’s work is now in Scotland, South Africa, Japan, Canada and the United States.

Neil is president of the Putaruru Woodturners Club and regularly attends collaborations, events and workshops to enjoy the camaraderie of fellow woodcrafters. He exhibits and sells work at two Waikato Galleries. His work has won prizes at the Royal Easter Show, Franklin Art Awards and Kawerau Wood Festival Competition. 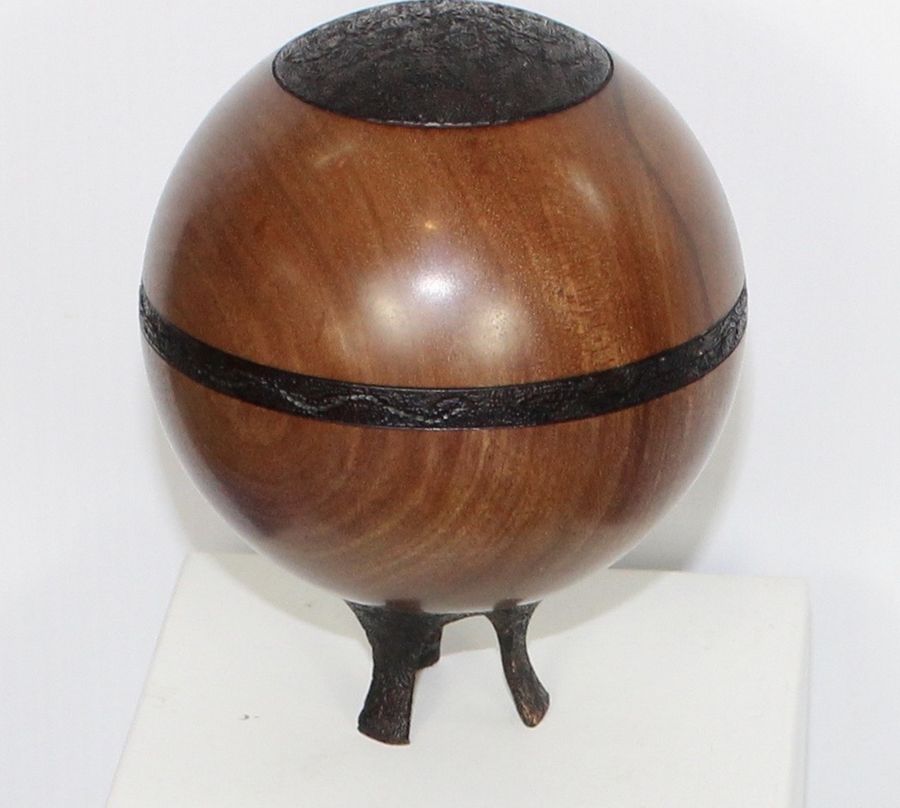 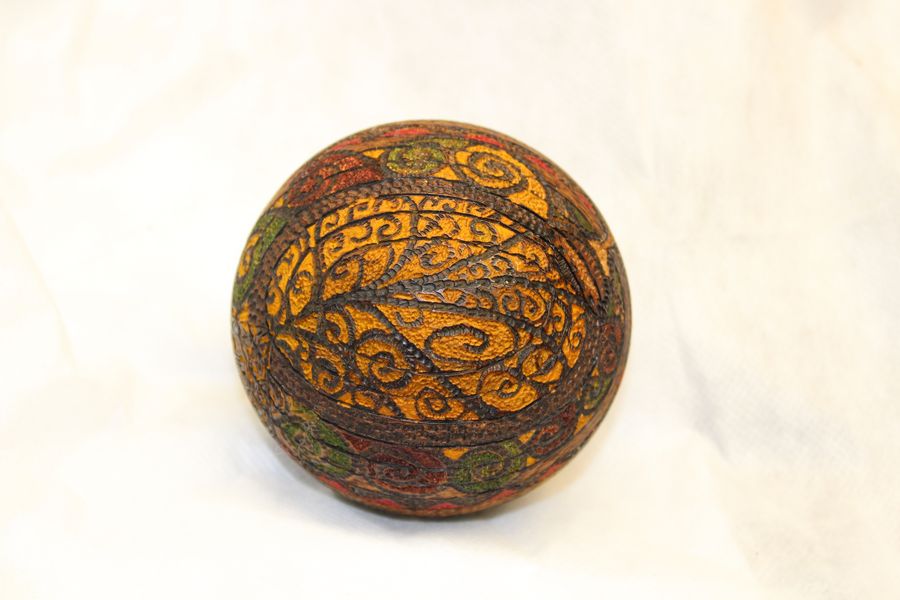 How to take a sphere from simple to surprising. It looks like a beautiful ball – no one expects it to unscrew, to maybe reveal a further surprise inside.
The tooling and jigs to produce this spherical box. The timbers that are suitable to obtain a good end grain finish and hold a trusted thread.
The wood will be cut to two halves, one with a male and the other a female thread using a EZY Threader Jig. Both will be internally formed into identical bowls, and once screwed together the final outer sphere will be formed using a Vermec Sphere Turning Jig.
The finished sphere can be displayed on its own supporting foot or balanced on a simple wooden ring. The latter is what we will do in the demo.
There are endless possibilities for embellishment – both internal and external.
Medium Bowl Form and Finish 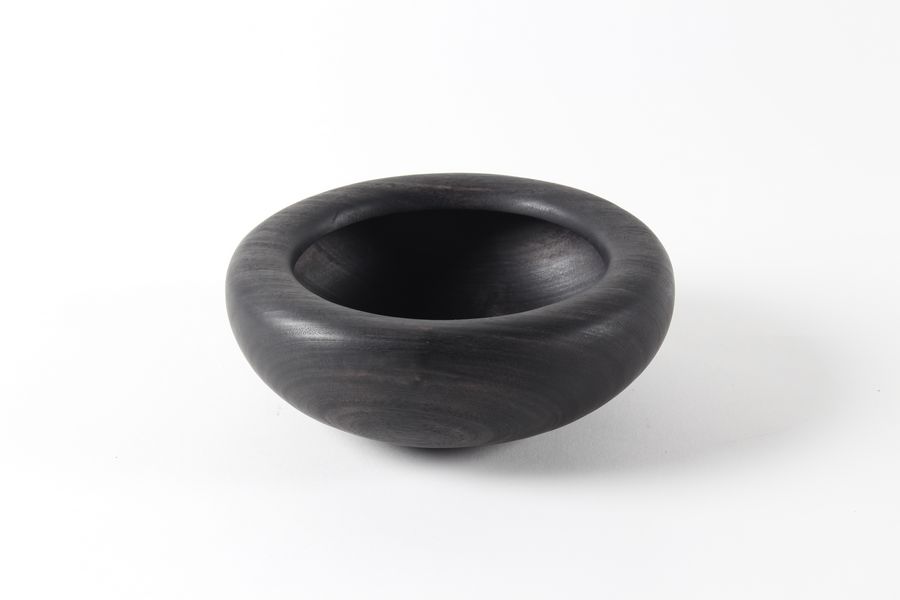 This demo focuses on how to achieve a pleasing form by using some basic rules. I will start by making a medium sized bowl with a shape and form that is not well designed – then we will critique it and I will make improvements while explaining the rationale behind the changes.
These bowls have an undercut rim so I will demonstrate the use of 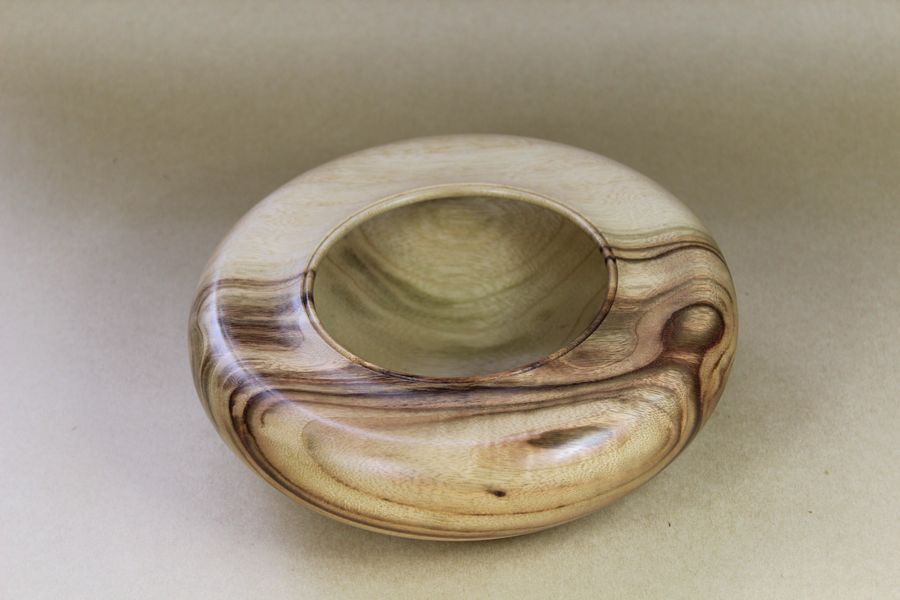 the ‘Rolly Munro hook tool’ which can take a bit of time to master.
For finishing this project o a pleasant matt finish, I will sand using a wet sanding process that gives a great surface for the final application. Given time we will discuss other finishing options.
Turned Surface Enhancement 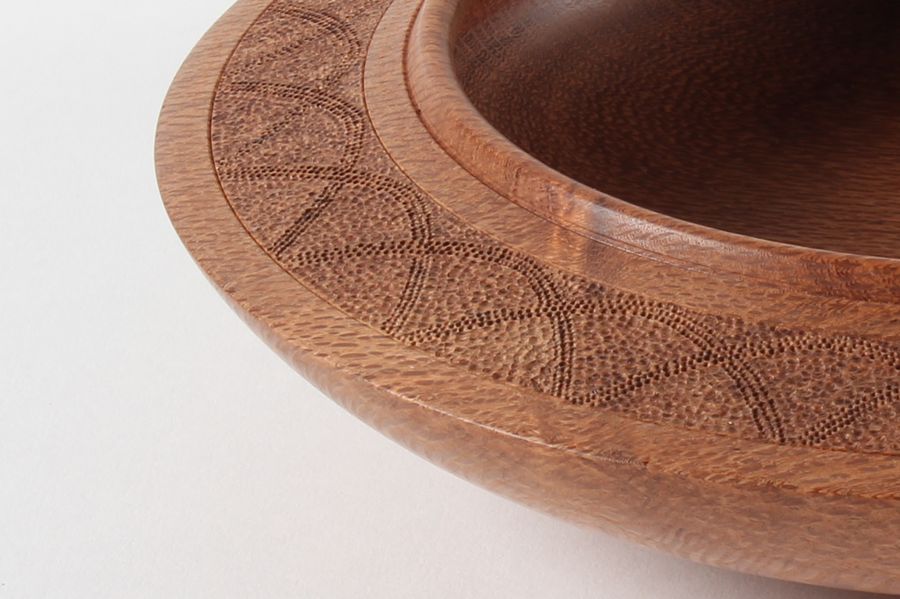 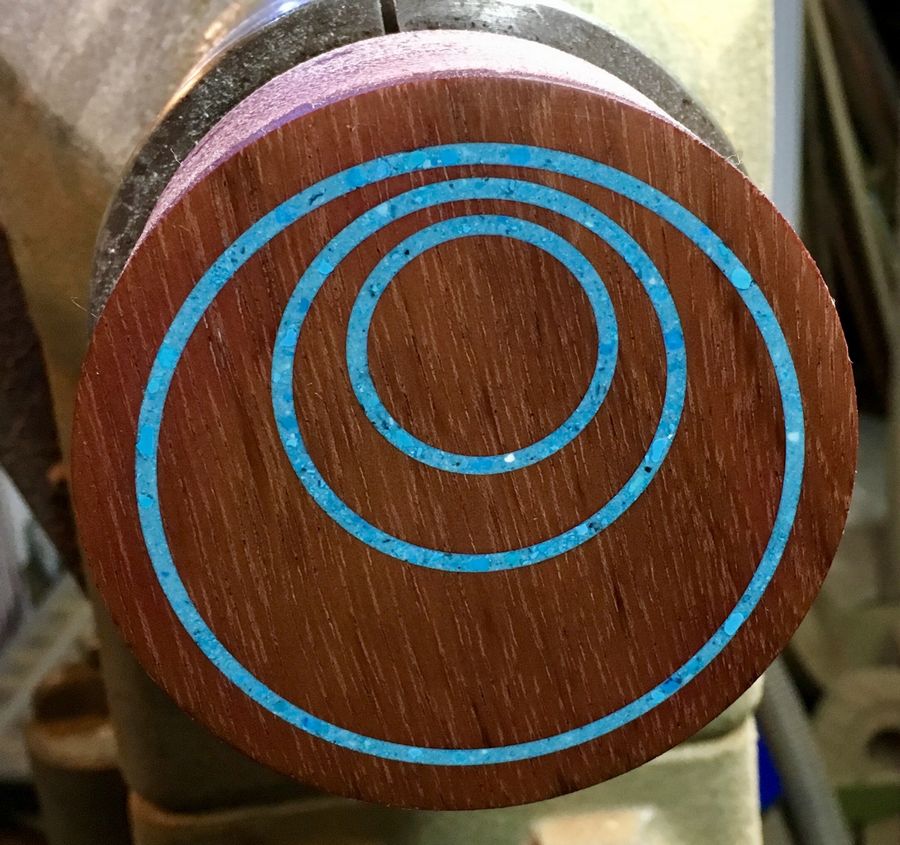 I want to share how I have added value to my turning and developed my artistic side with the use of embellishment techniques.
Design and drawing doesn’t come easily to all of us. I will show how a person who considers themselves not an artist can create beautiful works easily and quickly using cheap tools to add pattern and texture.
I regularly use Dremel, pyrography, inlay, and colour.
Colour using water-based dye is one way to take rather bland wood and completely change its appearance. The process will be shown.
A quick simple method of using inlay grains and powder’s that are easy to apply and finish.
More intricate embellishment using pyrography will be shown with a demonstration of some simpler techniques.
If time permits I would like to have an interactive discussion about “Where Is My Canvas”, leaving you with ideas to take home and try.