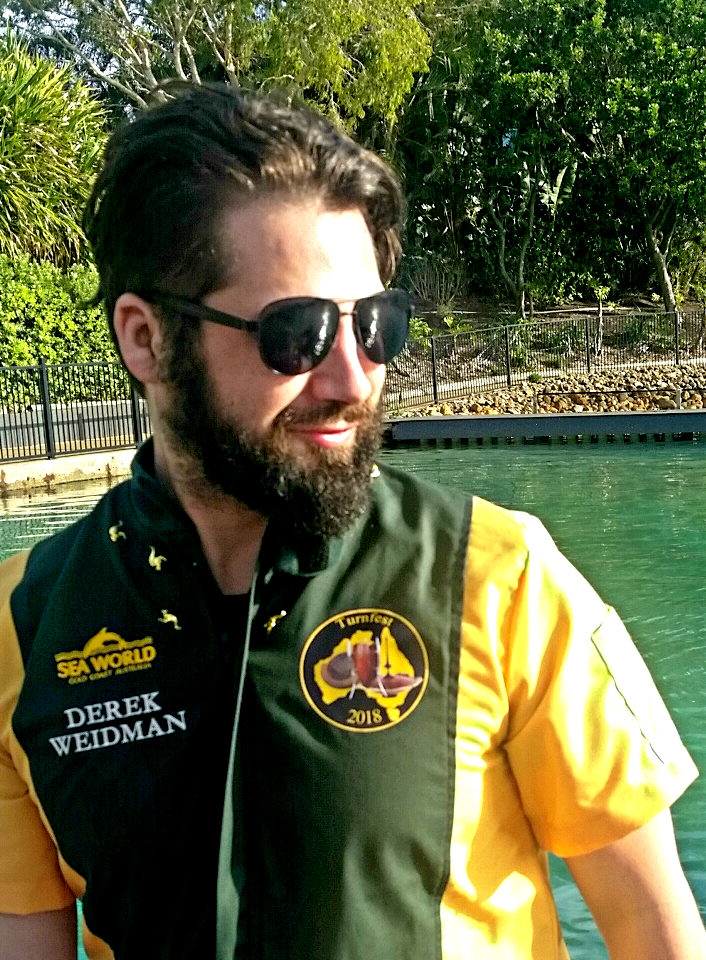 Derek Weidman, born in 1982, lives in rural Pennsylvania a bit outside the city of Philadelphia. Initially studying philosophy in college, but a born artist, he chose to follow the path of his father who was a bird carver. When he began turning in 2003 he has approached the lathe as a sculptor, primarily exploring and pushing the boundaries of multi-axis turning. His main effort was trying to create a visually descriptive and versatile language born out of the arcing and circular cuts of a lathe and has spent well over a decade now building up a vocabulary of shapes. At the heart of many of his works he treats the lathe almost as an unusual camera, with every subject that passes through its lens adding to a visually novel circular zoo of animals. A simple question, what would each animal look like through the lens of a lathe?  With the question in mind the shaping begins and even with the most rigorous 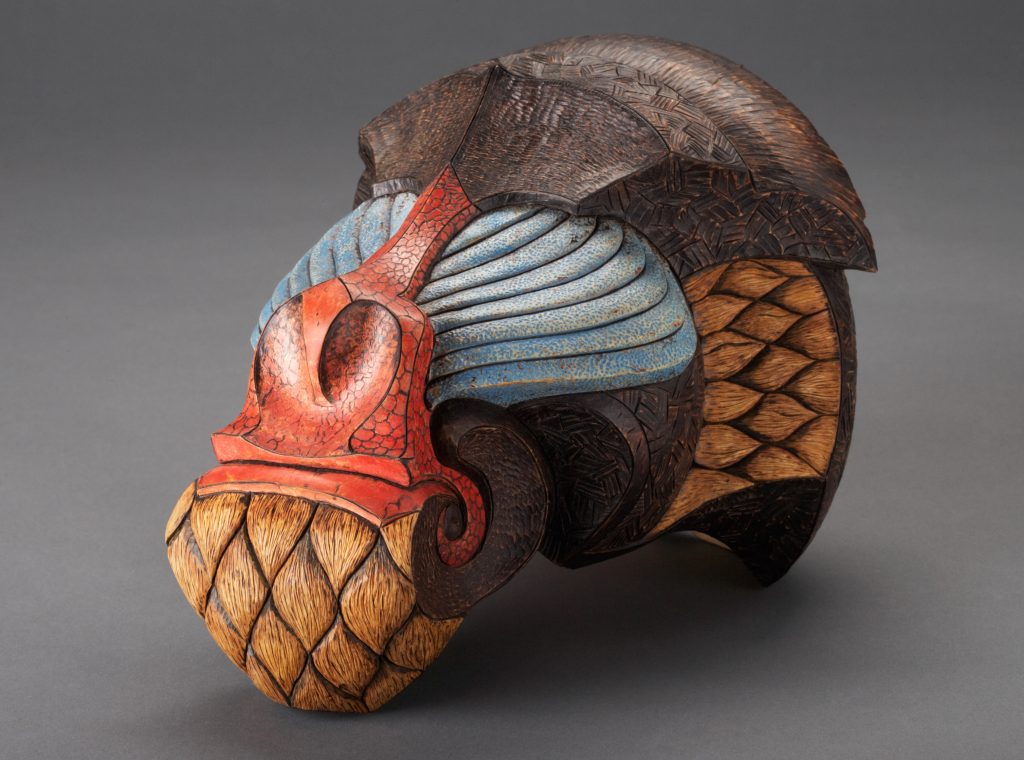 naturalism, an honest abstraction takes place, and for each new subject that question gets answered. So, from human heads to rhinos, mandrills to birds, each idea being captured in a way it has not been expressed before.

As an avid animal lover with deep connections to nature Weidman also volunteers as a wildlife rehabber, gaining an enormous amount of inspiration from working so closely with local fauna. This connection is the spirit of the techniques of Weidman as he feels art cannot exist in the process alone. So, when taking care of injured or orphaned animals it fosters in him a kindred feeling with other species 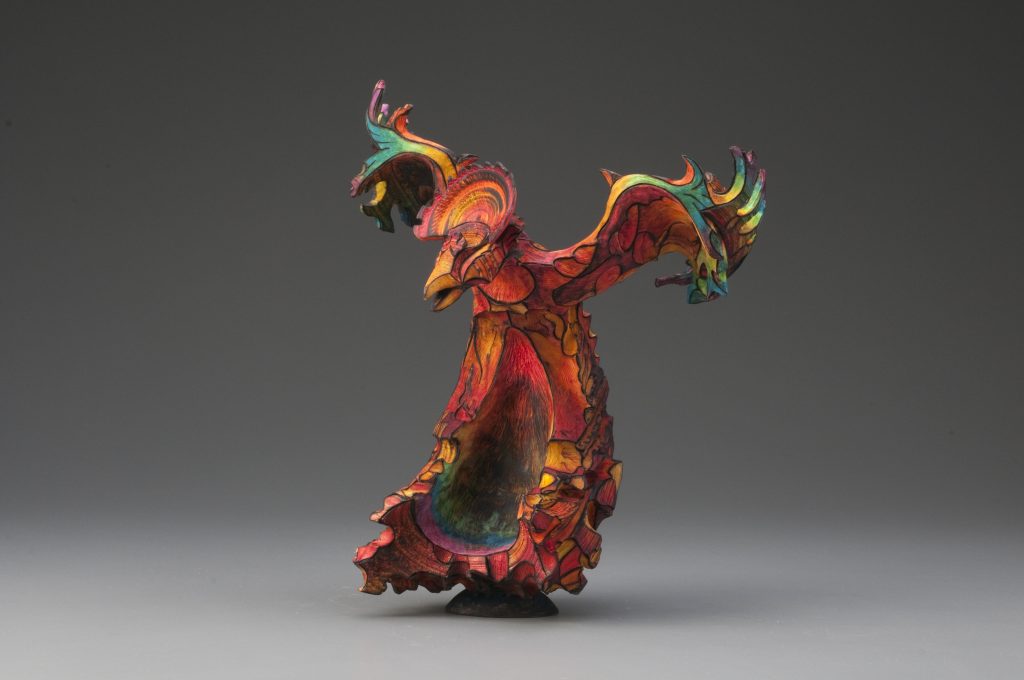 as well as acting directly from a place of compassion. We live in a time in human history where compassion is needed for the tasks and trials we face as a species as well as a collective of species from Earth. Man’s goals often put other creatures in danger in multiple ways, from habitat loss to being over-harvested for food, or any myriad of other stresses and strains that often enough lead up to total extinction. In fact some scientists like to call this time the Anthropocene, Earth’s epoch tied to modern humanity, and it is worth mentioning that there is a global extinction event associated with this, This tension is manifest in Weidman’s work and process where the organic meets the industrial, wood to metal, nature to machines, that speaks appropriately of our place as humans on the Earth and trying to find a suitable way to coexist harmoniously with nature, while still progressing as a species. 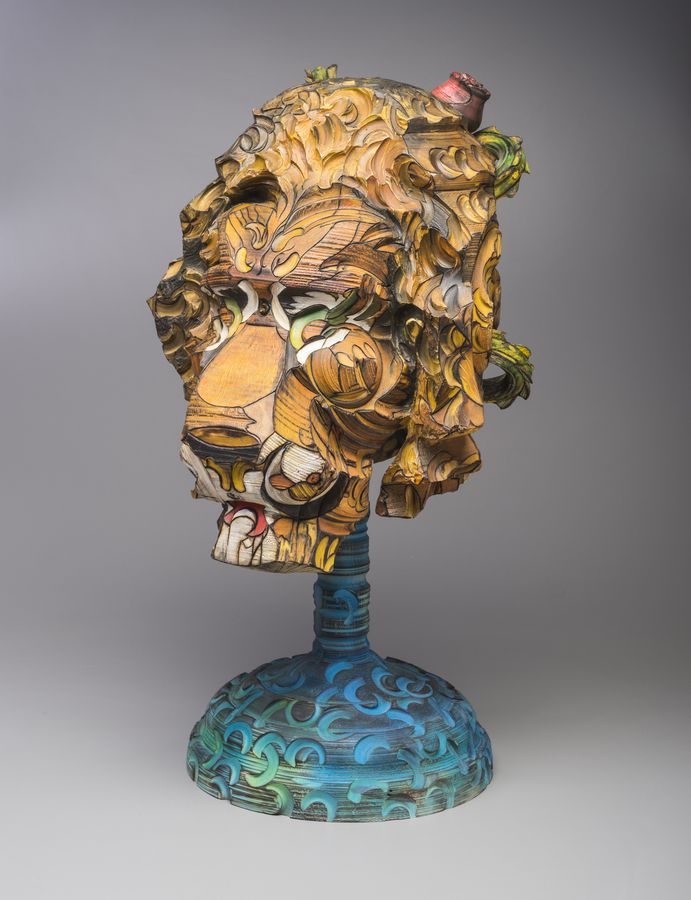 The audience can pick any animal they can think of, and after a consensus on most desired animal to be witnessed being created is made, I go about using the lathe to carve an animal on the fly, with almost pure multi-axis processes, a few cuts of an Arbortech and a little airbrushing! The second repeat of this demo will be restricted to New Zealand animals. There are often curiosities aroused by the idea of using a lathe to sculpt in this way, and the least charitable of them is why bother? The lathe for one offers a unique shaping machine, and because of that unique shaped results. People enjoy novelty in art, especially if it is difficult to do, and the lathe offers both of them in spades. I have likened this work to using an unusual camera, with a lens or filter than breaks subjects down into constituent circles, and in this way I have gone about documenting much of the world’s fauna.
As for processes, and tools, there is a brief but thorough explanation for safe practices, in even the most extreme of lathe based circumstances, and likewise a crash course in grinds and tools that are appropriate for interrupted cutting. That said the demo focuses heavily on thinking differently, as at the heart of most growth, it is not tools, but in fact understanding and insight.
Swimming fish and flying birds, decorating vessels 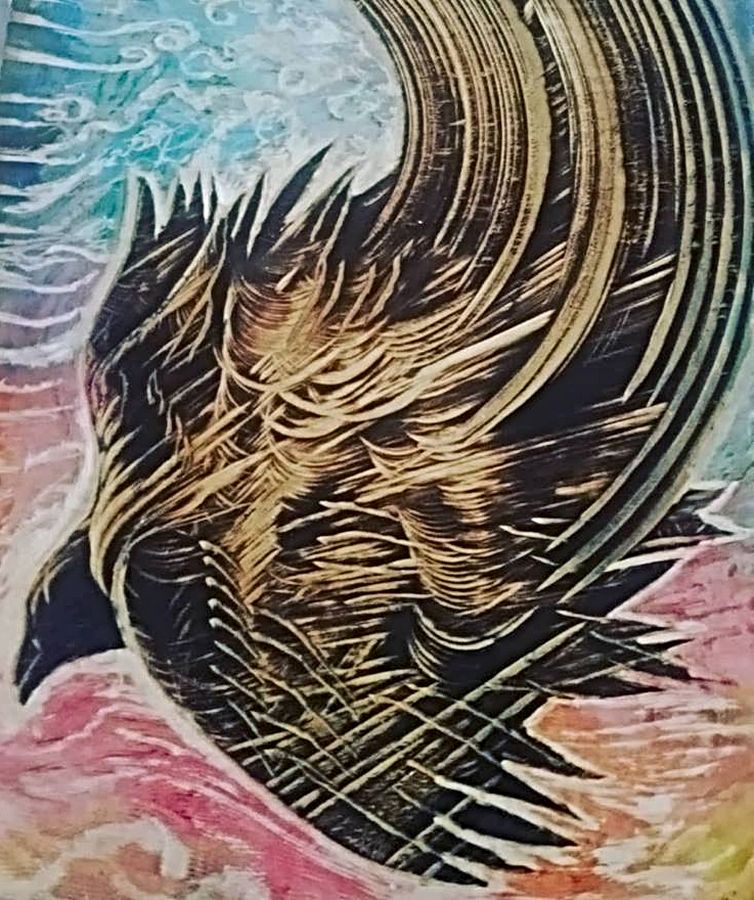 A process by using more traditional turning to assist in adding novel decorations to bowls or vessels. Expect some pyrography and power carving to end the demo. This demo uses traditional turned elements that are single axis but still sculpturally minded. Profiles are turned and then implemented as surface decoration for bowls or vessels, or can even be used for wall hangings. A n extremely versatile process, and when done right, it adds not only an easy to carve bird or fish (or any other animal albeit more challenging), but the coolest part is that they appear to be flying or swimming around the bowl, with movement lines and all.
Since the turning is on just one axis there is a bigger emphasis on carving after the form is turned to reveal and resolve the effect. The carving used will be angle grinders, rotary carvers, a wood burner, and if time permits some color, either hand painting or airbrush (depending on the bird or fish, I am quite partial to your tuis however!) Once the basics are shown it is easy to see how many different projects could be elevated with this process.
Turn a Human Head 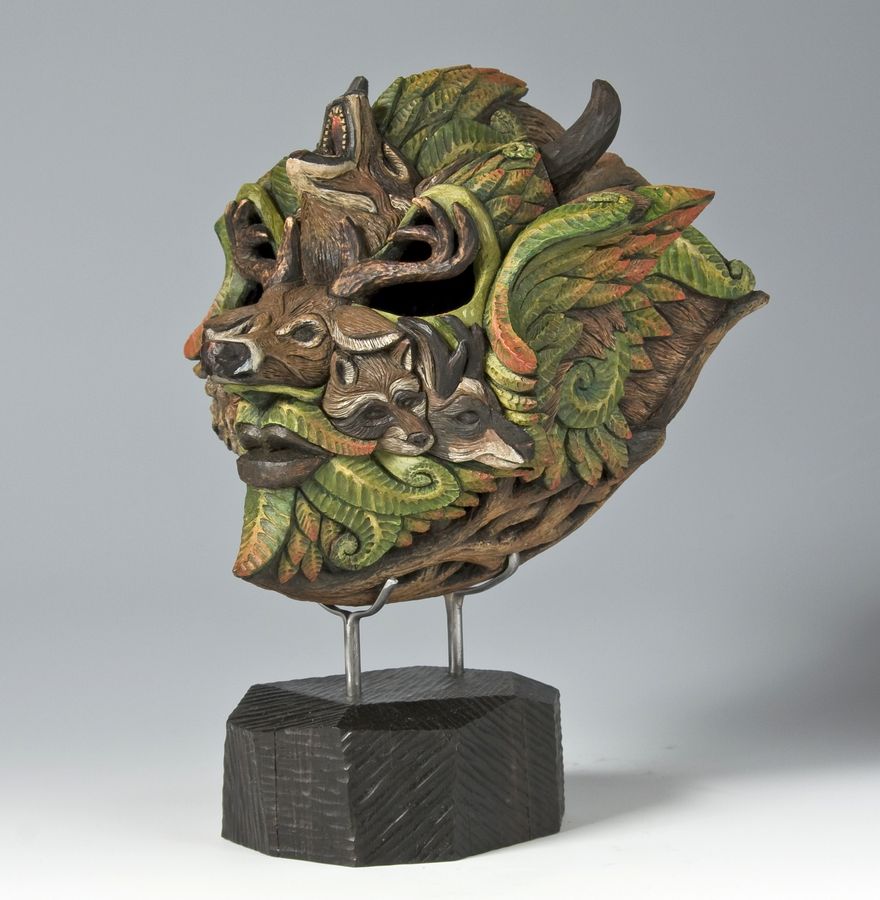 Here we will use the lathe to create a human bust, if you are looking for something different to turn, then look no farther for a new challenge! Due to the difficulty of this turning, there are some tips and tricks to sculpting on the lathe that I go over in this demo, that primarily focus on prepwork before you start turning. These tricks take out SOME of the guess work involved in such sculptural pursuits. As a non traditionalist, anything that we shouldn’t do that breaks from convention I am all about exploring as long as it is safe. We can be eight axis into the piece in this demo and we may only have one side of the head done! The important thing that I stress is a combination of being safe and learning from experimentation. While anyone is welcome to copy what I do (I hope you take good notes) what I hope to encourage is actually a freedom to experiment. The best work is not born from great answers, but instead deep questions. We build on what came before us, so if this demo provides a launching point for new personal possibilities, I could not be happier!